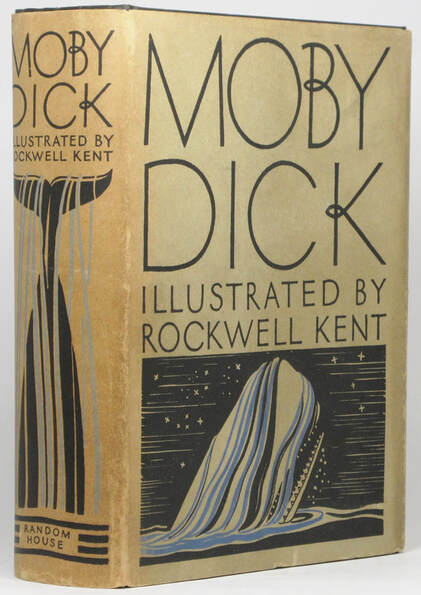 ​
​Melville, Herman. MOBY DICK, or The Whale. Illustrated by Rockwell Kent. Chicago: The Lakeside Press, 1930. xxxi, [1], 822, [3] pages. Illustrations throughout by Rockwell Kent, who designed the binding as well.  Original pictorial black cloth stamped in silver. 18.5 x 14 cm. Very good in very good dust jacket. Minor wear to spine ends; top edge dust-soiled; a little foxing to fore-edge; light foxing to endpapers. Leaves are very slightly toned and show faint offsetting from the illustrations to the facing text. The jacket has several short tears, wear to the base of the spine panel and corners with negligible loss, some minor rubbing and soiling, and mild sun-darkening to the spine panel. A thin, light tideline along the top edge is only noticeable on the verso and the unprinted flaps. Still, a rather pleasing copy.

FIRST TRADE EDITION. Preceded by a limited, three-volume edition of the same year.

One of the high spots of American book illustration in the 20th century, Rockwell Kent's Moby Dick is often regarded as a key event in the modern revival of Melville and his most famous novel.

Bookseller's ticket from Priscilla Guthrie's Book-Shop of Pittsburgh on the rear pastedown. Priscilla S. Guthrie was "one of the first women successfully to enter the bookshop field, and developed her store along individual and attractive lines" (Publisher's Weekly, vol. 101, Jan. 1922, p. 72). She established her shop in 1916. The following year she was one of four women invited to speak about their experiences as booksellers at the annual meeting of the American Booksellers Association. (See Eddy, Bookwomen, p. 62). After Guthrie died in 1921, the store was continued in her name by her business partner Wilmer J. Crull. 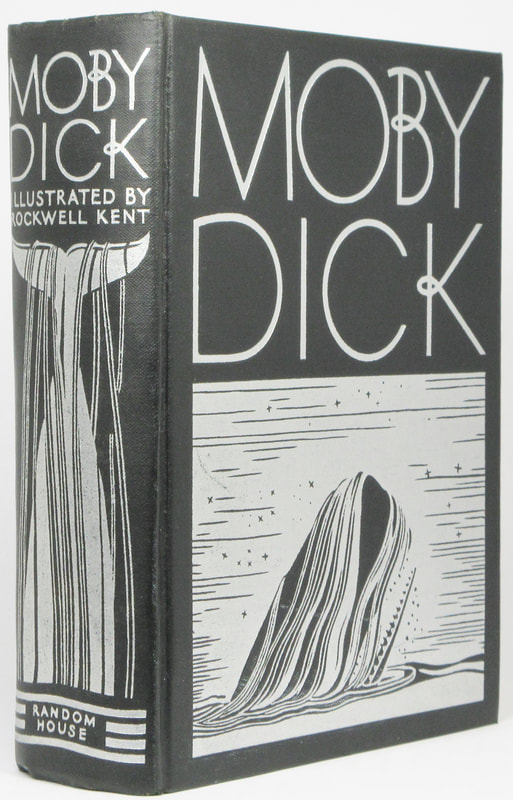 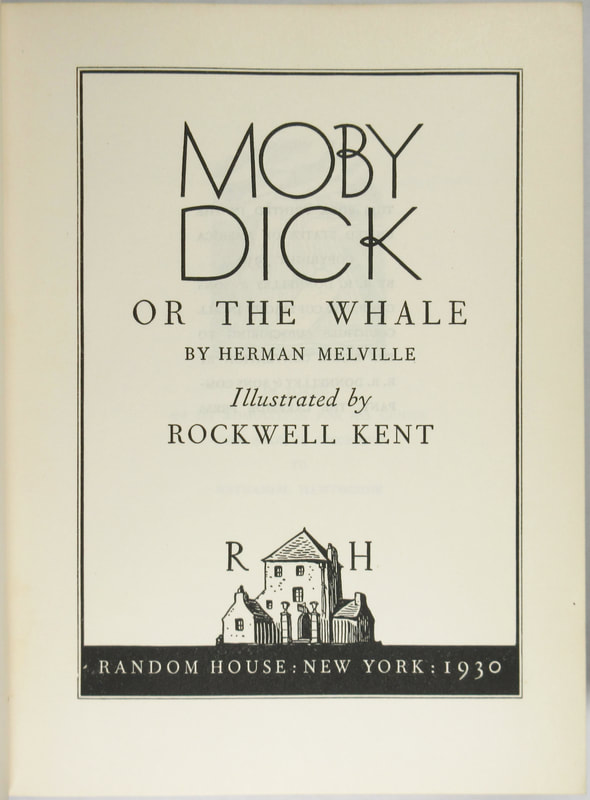 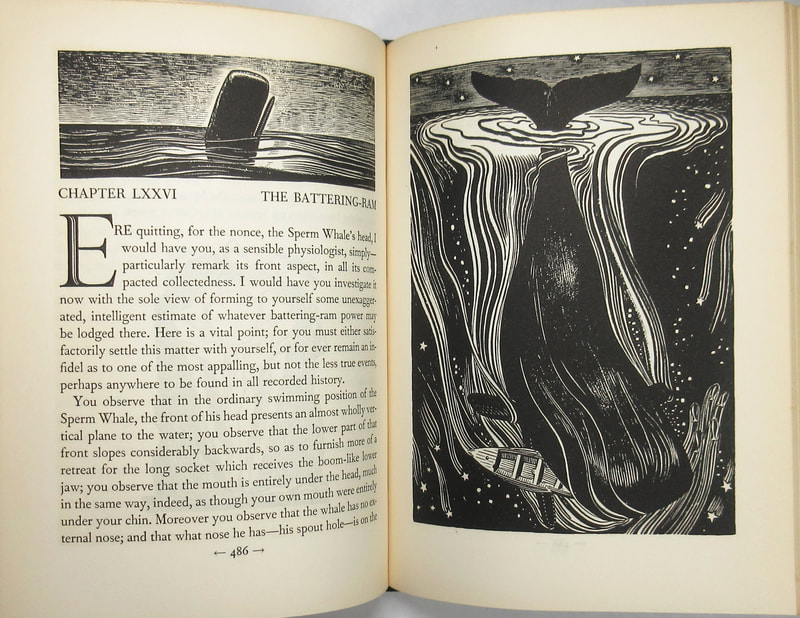 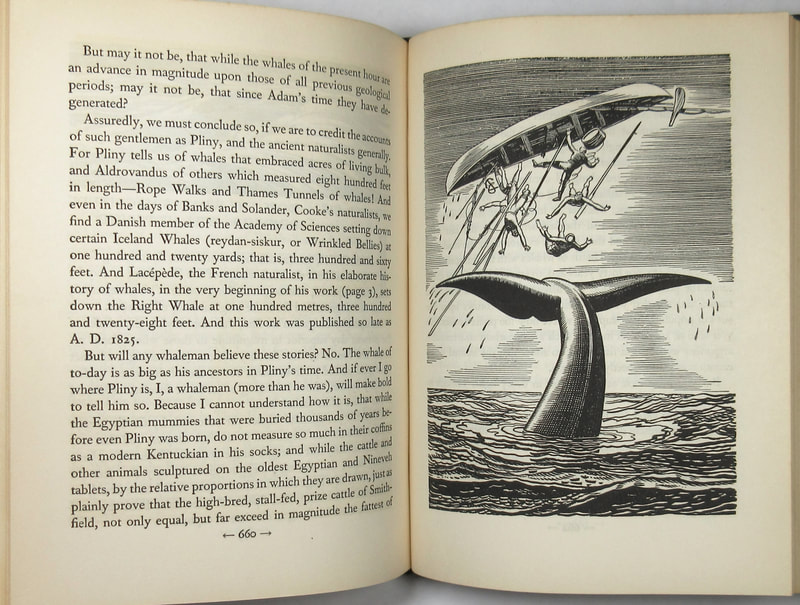 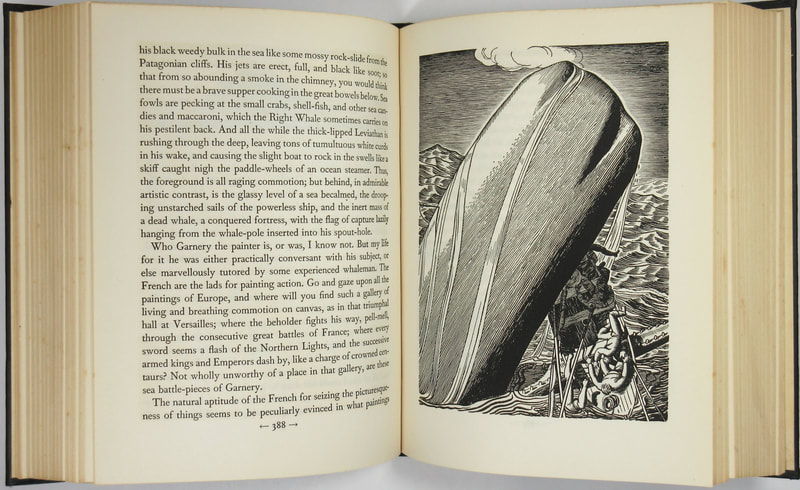 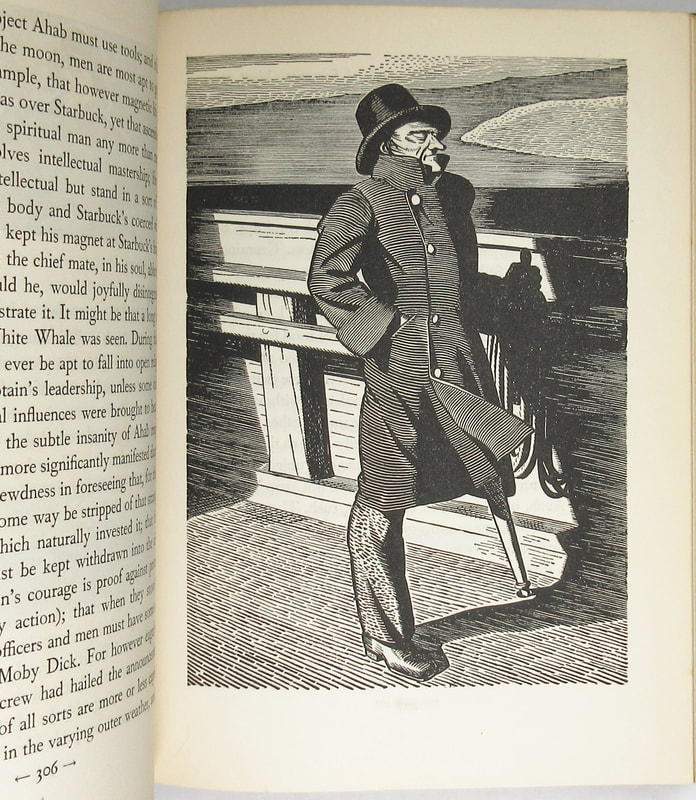 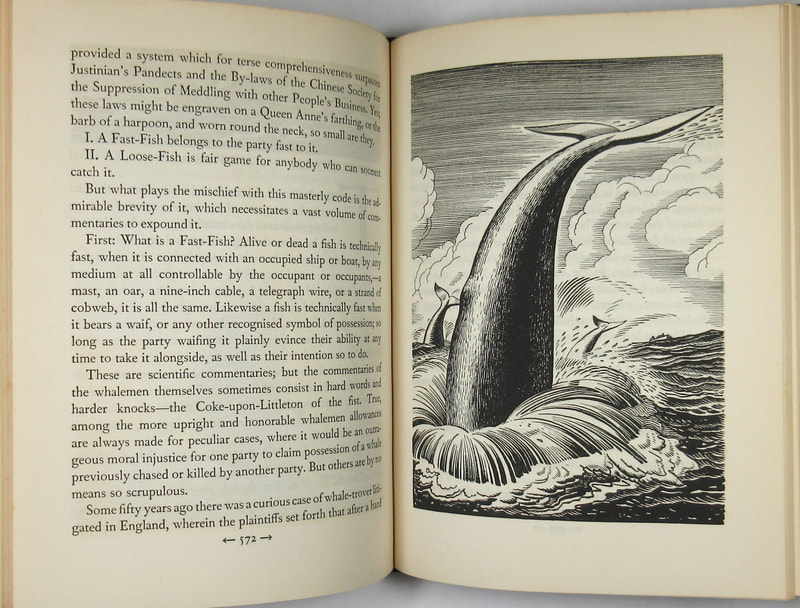 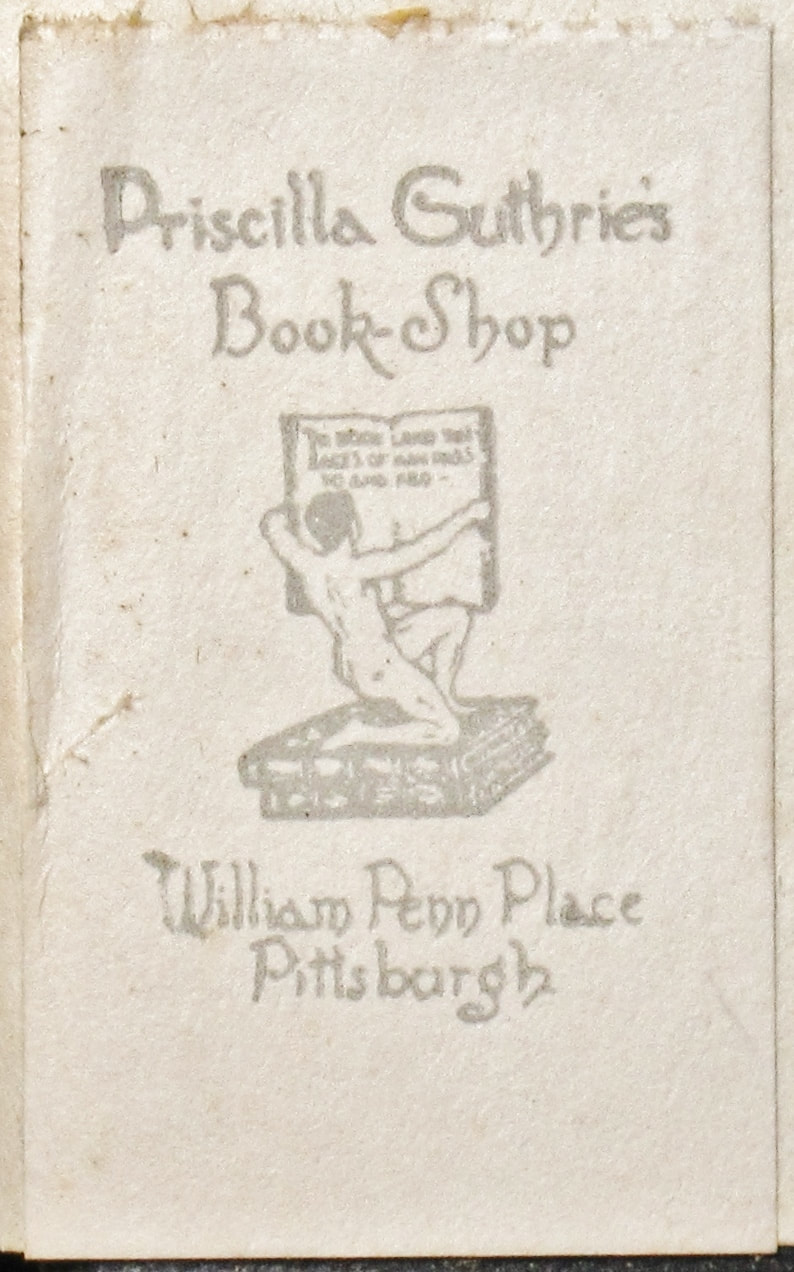 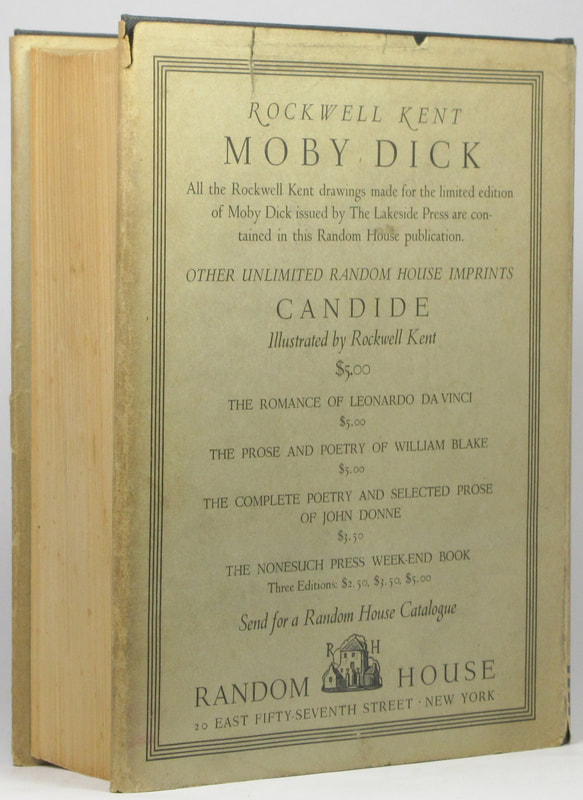