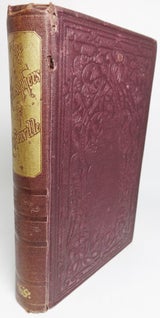 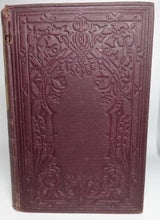 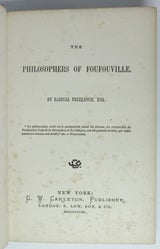 FIRST EDITION. A novel satirizing Utopian socialist groups in America. Some catalogers have suggested that it was directed at the Brook Farm in West Roxbury, Massachusetts, which was founded by transcendentalists in the 1840's on the Fourierist model. Another possible target might have been the North American Phalanx which, like the imagined community in the novel, was located in New Jersey. As in both real-life Utopian experiments, the inhabitants of "Foufouville" constructed a phalanstery, theirs being named Harmony Hall. The Foufouites, under the leadership of Dr. Goodenough, held property in common, believed in the equality of sexes, were vegetarian, denounced the consumption of alcohol, tobacco and caffeine, and (supposedly) practiced celibacy, except when it was necessary to reproduce. As in many real-life social experiments, the Foufouites failed to live up to their professed ideals and the community did not last long.

Parrington writes: "The spirit of the novel is made clear by the definition of Foufouism as nonsense, hypocrisy, affectation, snobbery, and self-conceit... Whoever Radical Freelance may have been, he was a man of many prejudices. He knew well that the world could not be reformed, and he had only scorn for those who thought it could. `The Philosophers of Foufouville' is an indictment of long-haired reformers, but in the course of the novel it becomes pretty obvious that the author has a pet reform of his own. He wants to do away with the study of ancient languages. He wants children to study practical things, and not the wisdom of the ancients... " --American Dreams; a Study of American Utopias, p. 35. Egbert and Persons write that the novel is "sometimes referred to as a satire on the North American Phalanx. It has little but a New Jersey setting and casual jibes at Greeley and women's rights to connect it with the leading Fourierist experiment. The author ascribes to his `Foufouite' leader views on sex, spiritualism, and Adventism which were similar to those of the religious crackpot, A.B. Smolnikar, and is primarily concerned with a nativist attack on foreign influence, `ultraism' of all sorts, and the teaching of the classics." --Socialism in American Life, p. 466.

While Parrington suggests that the author may have been a former member of some Utopian group himself, he makes no guess as to the identity of Radical Freelance. An often repeated catalog entry in OCLC proffers the publisher, George Washington Carleton, as the "probable author," however, I have been unable to find any other evidence to support this. Carleton (1832-1901) was best known as the author and illustrator of a book of comic sketches, "Our Artist in Cuba" (1865), and as the publisher of humorous books including those by Artemus Ward and John Billings. Another suggestion regarding authorship, offered by an online reviewer of the book, is John Howland Pell (1830-1884). No evidence is offered to support this attribution, but it perhaps warrants further investigation. Wright II, 953. Negley, Utopian Literature, 943.