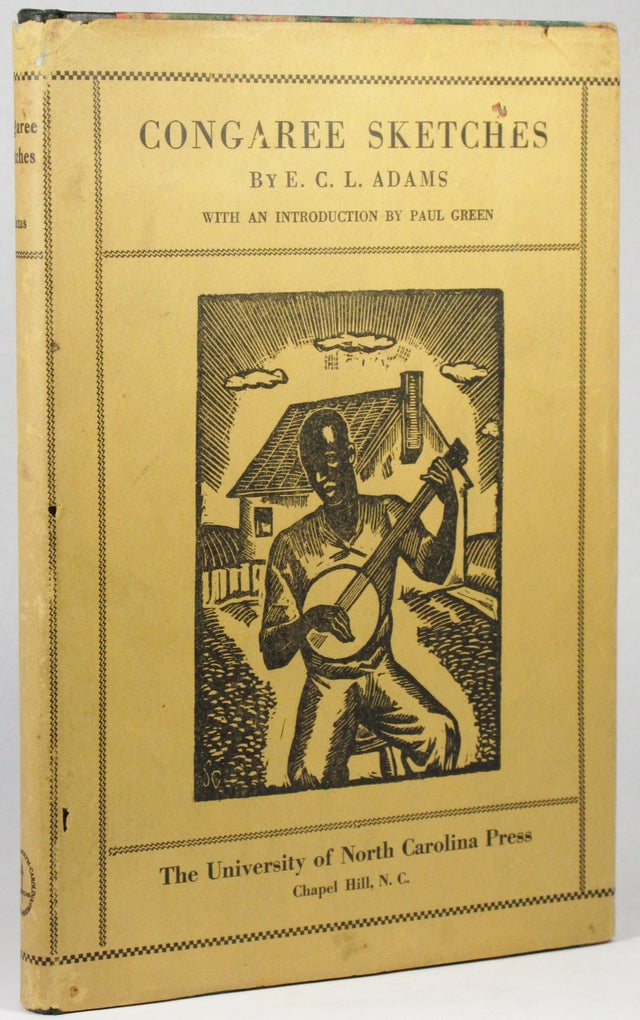 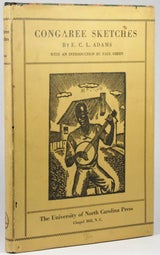 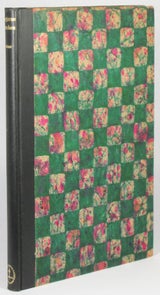 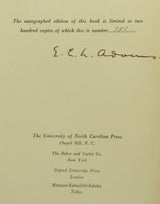 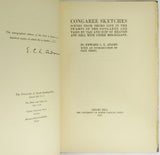 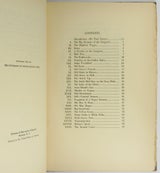 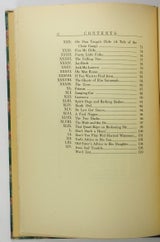 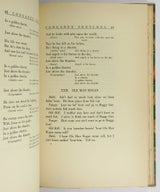 Adams, Edward C[larkson] L[everett]. CONGAREE SKETCHES. Scenes from Negro Life in the Swamps of the Congaree and Tales by Tad and Scip of Heaven and Hell with Other Miscellany. With an Introduction by Paul Green. Chapel Hill: University of North Carolina Press, 1927. xvii, 116 pages. Original quarter black cloth over decorative paper-covered boards. 24.5 x 16.5 cm. A near fine copy in very good dust jacket. Minor rubbing to the spine; internally clean and partially unopened. The jacket has several tiny chips, a few traces of soiling, and a small internal repair to the head of the spine panel with archival tissue.

FIRST EDITION. #151 OF 200 COPIES SIGNED BY THE AUTHOR. A collection of African American stories collected by Edward Clarkson Leverett Adams (1876-1946), a physician from Columbia, South Carolina, at his plantation on the Congaree River.

Of all the white authors of his era who recorded African American stories, writes folklore historian Robert G. O'Meally: "No others rendered scenes from black life with his control of dramatic tension; none presented scenes so true to the blacks' own sense of reality and poetic idiom. . . . No whites appear in this work, except as rare background figures and topics of conversation by Tad, Scip, and other black storytellers who have their say as if no whites were in earshot. As Tad says at one point: 'We talkin' to we.' In [Adams's] books, 'we' tell timeless stories of gossipers and hypocrites, rabbits and 'hants,' tales that could have turned up in an Uncle Remus collection. But . . . Adams also collects sterner stuff about here and now: real-sounding conversations about blacks who were falsely set up as crooks and rapists, jailed, Jim Crowed in court, chang-gained, beaten, lynched; tales about desperate, bitter, and angry blacks in encounters with racist whites and the vicious systems they controlled." --introduction to Tales of the Congaree (1987), pp. xii-xiii.

In the controversial introduction, which attracted as much attention as the book itself, North Carolina playwright, Paul Green, argues that these stories have broader implications, makes a case for racial equality, and praises the work of W.E.B. Du Bois.