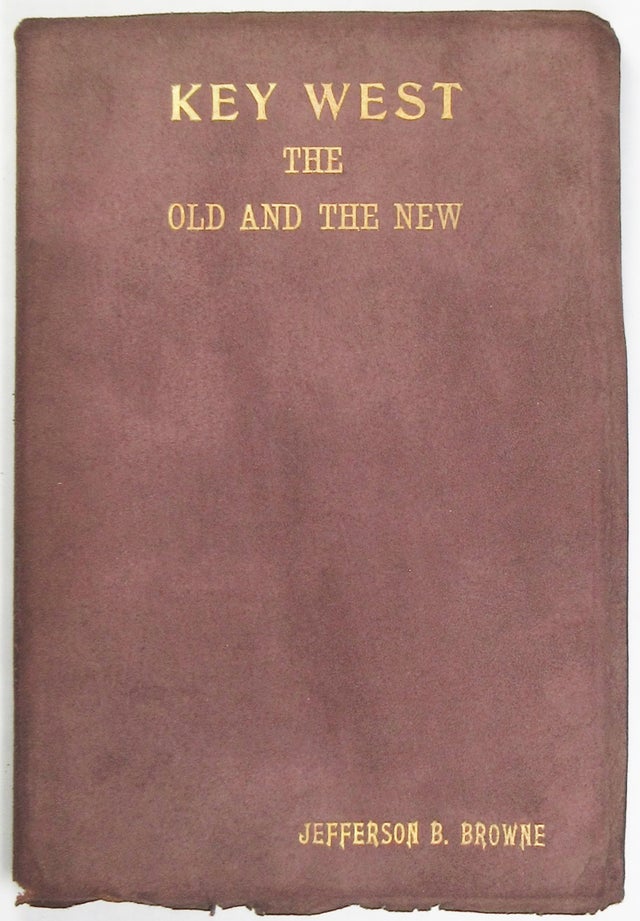 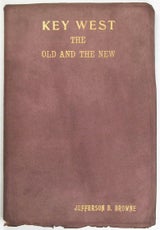 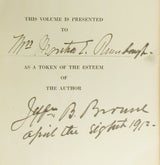 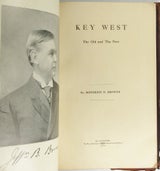 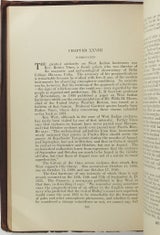 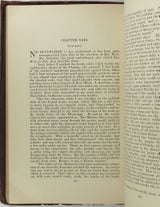 KEY WEST: Signed by the Author

Browne, Jefferson B[eale]. KEY WEST. The Old and the New. St. Augustine: The Record Company, 1912. 226, [1] pages, plus a frontispiece portrait of the author and six full-page plates. One full-page facsimile printed with the text. Original maroon suede wraps with gilt lettering on front cover. 23 x 16 cm. The yapp edges of the wraps are bent as usual and are chipped to the text block in a few places. Text is mildly toned; the lower edges of most leaves are slightly bumped. Still, very good.

FIRST EDITION. PRESENTATION COPY SIGNED BY THE AUTHOR, on a special, partially printed presentation leaf tipped in before the frontispiece. Browne addressed this copy to Mrs. Martha E. Rumbaugh and dated his inscription, April 8, 1912.

A rich source for local history discussing the early U.S. settlement of Key West, the development of the city government, hostilities with the Indians, the Civil War, Cuban immigration, education, churches, cigar making, salt manufacturing, commerce, hurricanes, shipwrecks, etc. One chapter is devoted to the "Women of Key West." The section on the charter of 1832 describes slave codes. Several appendices include biographical sketches, lists of Federal and county officials, correspondence, documents, etc.

Jefferson Beale Browne (1857-1937) was a native of Key West who worked variously as a lighthouse keeper, surveyor, and city attorney before entering politics. He served as president of the Florida state senate (1891-92), chairman of the Florida Railroad Commission, and chief justice of the Supreme Court of Florida (1917-1923).

The plates reproduce two 1838 views of Key West drawn by William A. Whitehead, a sketch of Key West made in 1855, and several photos, including one of the home, Joseph Beverly Browne, the author’s father and a prominent early resident of the city.

The work is also found in printed wraps, the present suede wraps evidently being a publisher’s deluxe binding. Scarce in the trade.